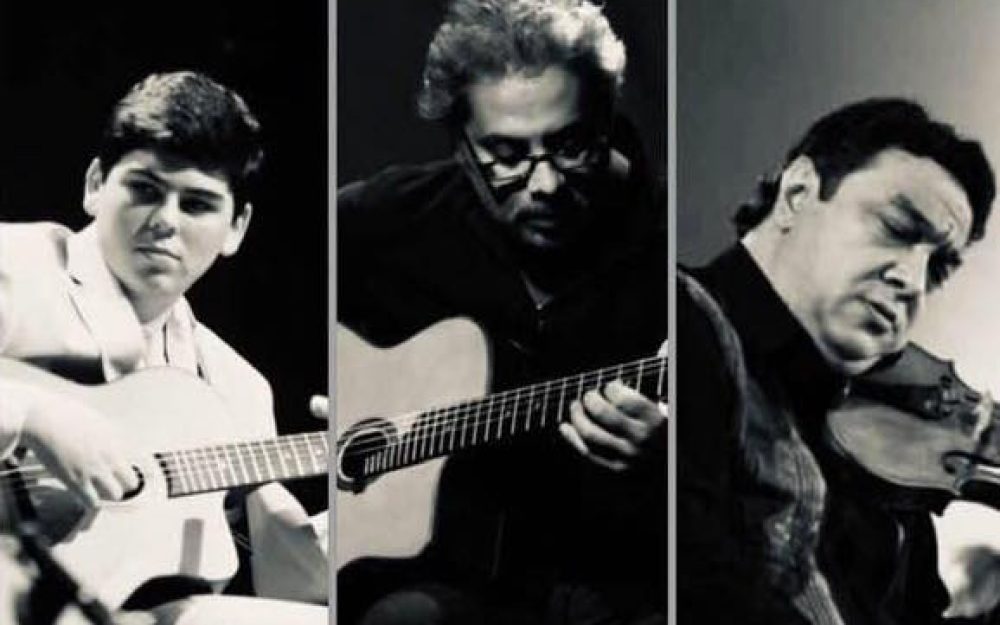 Brazilian guitarist and composer Coquet has stood out with his mix of Gypsy Jazz and the roots of Brazilian music, while Romanian violinist Cristea has given decades of dedication his instrument and regularly floats between classical and gypsy jazz.

Cristea has been living in Brazil for 21 years, since he was invited by the Brazilian conductor Claudio Cruz to play with the São Paulo State Symphony Orchestra. He has also played with different orchestras in Europe.

Completing the trio is teenage sensation Farthing who is considered one of the finest young gypsy jazz guitarists in the world.

Farthing lives in a Maryland suburb within the Baltimore/Washington corridor. He started playing guitar at age 10 and stumbled into gypsy jazz at age 13. Since then, it has been his passion and inspiration.