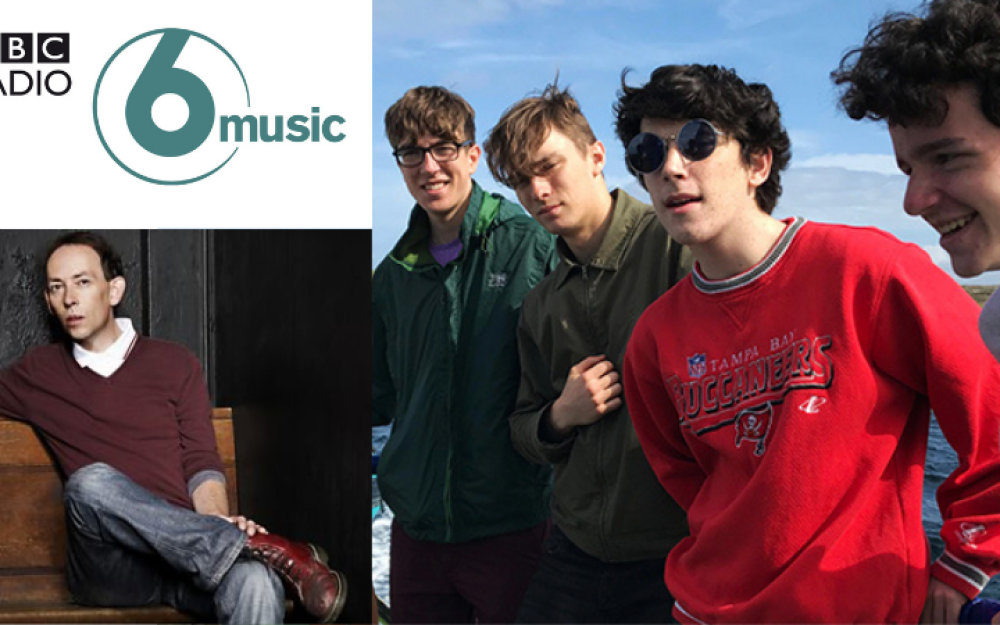 Sheerbuzz have hit the international airwaves.

The Donegal group was featured on BBC Radio last week following a chance spot by a radio producer visiting the county.

Well-known DJ, Steve Lamacq featured Sheerbuzz on his BBC Radio 6 programme after the group was recommended to him by a friend and colleague.

Formed in the August of 2017, Donegal-based four-piece indie alt-rock band Sheerbuzz is a high energy, highly-skilled group with years of experience in writing and performing original music, despite their young age.

Band members include Lachlann Ó Fionnáin, Evan McGinty, Adam Grady and Lughan Devenny, who have already graced the stage of the Regional Cultural Centre on a number of occasions.

The band’s lead vocalist, Lachlann said their performance for the RCC’s Culture Night programme was shared with a friend of the BBC DJ.

He said: “After the stream, the RCC posted some of the individual tracks from each act on their Facebook page and a follower shared it with a friend of hers who just so happened to be a past colleague and good friend of Steve Lamacq.”

On Wednesday morning, 14th October, Lachlann then received an e-mail notifying him that their song Snowballing would be played across the UK on Steve’s show, The National Anthem, that day.

Lachlann said: “It was a really bizarre feeling. At first it was pure euphoric disbelief, but after a while I started to feel very anxious about the possible reaction to the track.

“Usually when I listen to our tracks I either feel like they’re pretty good or terrible. So for about four hours I was flip flopping between those two feelings.

“I think we all felt a very similar way. We were in unknown territory, far beyond anything we’ve gotten before, at a time we weren’t anticipating anything to happen for a good while.

But hearing Steve Lamacq talk about us so positively on his show was definitely a huge moment for us, and a very surreal one at that!

“I suppose the main thing we’ve learned is we can only let things we have control over affect how we see ourselves. As every Match of the day post match interview goes “At the end of the day all we can do is our best”, the rest is out of our control.

“Sometimes you’ll spend hours sending out hundreds of e-mails and get nothing. Other times you could be sitting drawing a picture of your shoe, and end up on national radio in the UK.

“Either way, we’d like to thank everyone at the RCC, especially Jeremy (Howard) for giving us so many great opportunities over the past year. We’re all missing the live gigs, but there’s nothing quite like an RCC gig, whether you’re in the audience or on stage.”