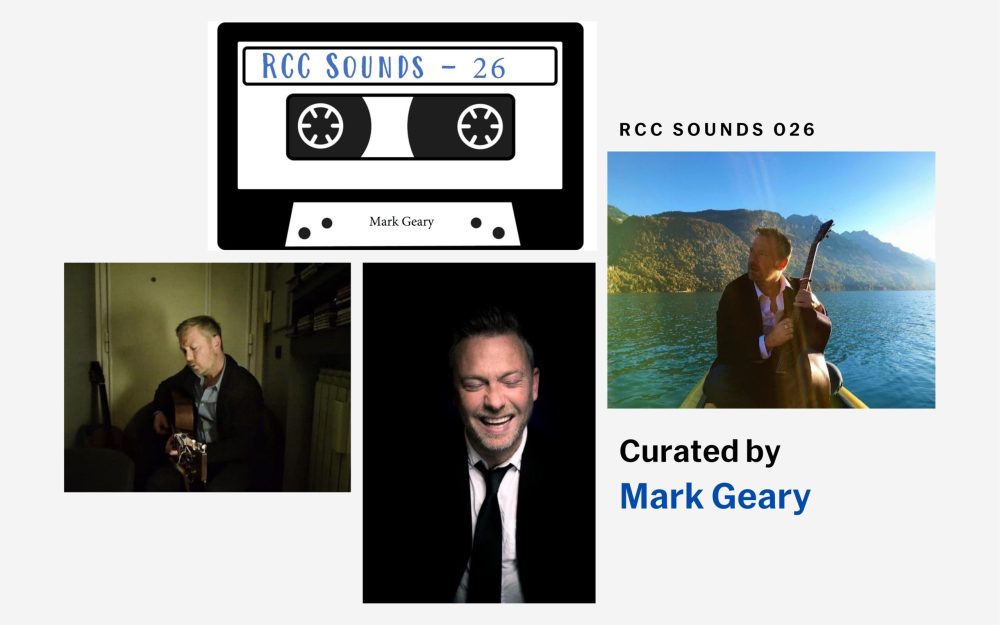 Mark Geary had just arrived back at his home in Co Kildare from a tour of Switzerland when the world locked down in March.

Since then the affable Dublin singer/songwriter has not left his Cellbridge home (apart from performing on the Concert4Cancer in aid of the Marie Keating Foundation last month), facing the challenges of lockdown which included an unforeseen injury.

Mark has let his creativity flow in many ways during this time, from learning how to bake bread, building a pizza oven, painting, working in the garden, listening to records, keeping in touch with friends and of course, songwriting.

“Like everyone else, you have days of making the most of your time and days of asking yourself, ‘What is going on?!’. A box set or a Netflix session has helped, as you can only do so much. But I’ve learned how to bake, I have worked in the garden and painted every single scrap of wall.

“All of this is nurture, there is nothing I can do and there is nowhere I can go, so how do I be ok? I had lots of late night phone calls with friends and I’ve learned that it is necessary for me to reach out to people, and to be observant almost. If I’m feeling shitty, I found the best thing I could do was help someone else.”

Mark’s average routine has entailed getting up in the morning, having a coffee and listening to records, pick up a guitar [he has different kinds, in various tunings] and I see if there is anything the guitars wants to tell him, and playing on an old upright piano his friend has fixed up and hearing songs in a completely new way.

He said: “I’d look at bits of paper and say let’s see is there another line, another verse that I can find in a very holistic and non-pressurised way. I don’t know what an album looks like, or how you release an album in this climate, and I might have to do that, but for the moment I am just really loving being in these songs and little stories that I have.”

Mark has kept himself motivated, and the pressure on, by setting up the mics to record and inviting his friend Ruth (O’Mahony-Brady) to play keys on some of his new songs, including The Forest which was released in May.

“I’ve done a couple of the online things and I found it incredibly beneficial. I was knocked out by the numbers and suddenly realised the whole world was indoors and craving a connection, creativity. I’ve always chatted and told stories, it’s part of me and the show that I do.

“I’m always on the road and for that to be taken away and to be unsure about whether a live broadcast will fill the gap you’re missing, I was just blown away by the comments from all over the world and this craving for community was an incredibly positive experience.

“Through my Patreon, I have checked in with supporters every second day, gave them a blast of a song that I am working on here and there, and sent out care packages with special prints, bags and posters, and it felt incredible. I did all kinds of things that would have never happened, had the world locked down.

“People say to me that I am quite relaxed about the online stuff and they find it hard to deal with. If you find the online stuff difficult, don’t do it, as it’s supposed to enrich you. There’s this pressure to be online, if you’re not feeling that, then people are going to pick up on that. Stay home and just write and do what feels authentic to you.”

Full-time musicians have been relying more and more on means, other than paid live gigs, just to make a living and pay everyday bills, never mind unforeseen medical bills.

‘GIVE MARK A HAND’

Mark recently injured his strumming hand and his GP determined that surgery would be needed, he said. “It just came out of a blue and like a good male, I ignored it, and put deep heat and arnica oil on it. But this is a physical injury, so none of that stuff helps you.

“Musicians don’t think about health insurance. You might be lucky that you have a couple of quid extra that you can get some type of cover, but for the most part it isn’t something that most musicians would have – I certainly didn’t.

“One thing I have learned over the years is to ask for advice. I have no problem admitting when I don’t know what to do and so I asked for help and someone suggested setting up a Go Fund Me to help cover medical expenses.”

There are so many ways that you can support your favourite artists during these uncertain times, and it’s a way for them to connect with you while they await to step back into the stage light.

Mark said: “If we can find a way that people are comfortable and safe and can get into venues again, socially-distanced and it’s all taken care of, I can see myself hopping on a train to Belfast or Cork, or driving to Donegal.

“That would be so enriching again and that’s what people are craving. It’s not about wet bars and €9 meals, it’s about the normality of community again. If we get to a place where people are willing to come to little performances again, it would be magnificent.”

Mark has compiled a playlist under the umbrella of his song The Forest (released in May 2020) reflecting both a physical place and frame of mind he has been in for the past six months.

“There is a thing happening in my writing that seems much slower, much more contemplative; There’s a deepness and yearning for a bit of encouragement and grounding. It’s certainly me going inward, and I am knocked out by the stuff I am writing.”

Some of the other songs are by artists he has treasured for many years and, especially during lockdown, played every day on a little record player. One of those songs regularly making an appearance is Cloudbusting by Kate Bush.

“I have a remastered version of her album (Hounds of Love) and I have been knocked out by her bravery of what she is as an artist and lives large on my radar at the moment.”

Next on Mark’s playlist are American indie folk band Fleet Foxes with their vocal harmony-driven song Montezuma. “The melancholy and the agony of the lyrics, are some of the most beautiful lyrics, and I go to that quite regularly.”

Mark has also picked up the electric guitar again and while playing his hollow body Gibson, has listened to Radiohead’s Bodysnatchers for inspiration. “Bodysnatchers is just an incredible song with that wonderful paranoia Thom Yorke always writes in”

Quite recently, Mark has become a fan of a number of Irish artists, including Ailbhe Reddy and Sorcha Richardson.

“I’ve included Ailbhe Reddy’s Time Difference. I’ve become a real fan of the whole package, her voice, the production and videos, while Sorcha Richardson (First Prize Bravery) writes really wonderful little stories and snippets of a life that I believe so completely, which is half the battle.”

Next on Mark’s list is JJ Cale. “I’d be such a fan of the way his stuff was recorded and his really close vocal, sitting on the mic, you hear the breath, this ease in which recorded happened. There is such a bible to all of his music.

Continuing in that mode, Mark said he could have picked any song by Nick Drake for his RCC Sounds playlist. “Quite a few years ago I started to learn the different tunings that he was using and again that incredible precision with his guitar-playing that never seemed fussy, but really complex kind of stuff. I picked One of These Things First, one of the first songs, I learned by Nick Drake, and was a triumph in itself, with its complex chord shapes.” 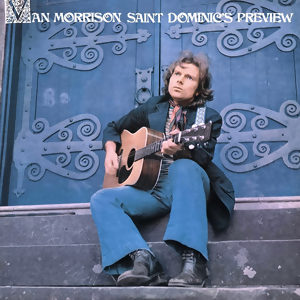 Finally, in celebration of his 75th anniversary, Mark has gone with a song from Van Morrison to close his playlist.

“Again, I could chosen any song by Van Morrison, but there’s a record called Saint Dominic’s Preview and a song called Listen to the Lion which is about listening to lion inside you and the strength of your own purpose

“Van is emoting in almost a sean-nós grunting and he’s conducting the band around him, and probably took a really long time, but when he finished he probably knew that he had captured the moment, which is something I strive to do.”