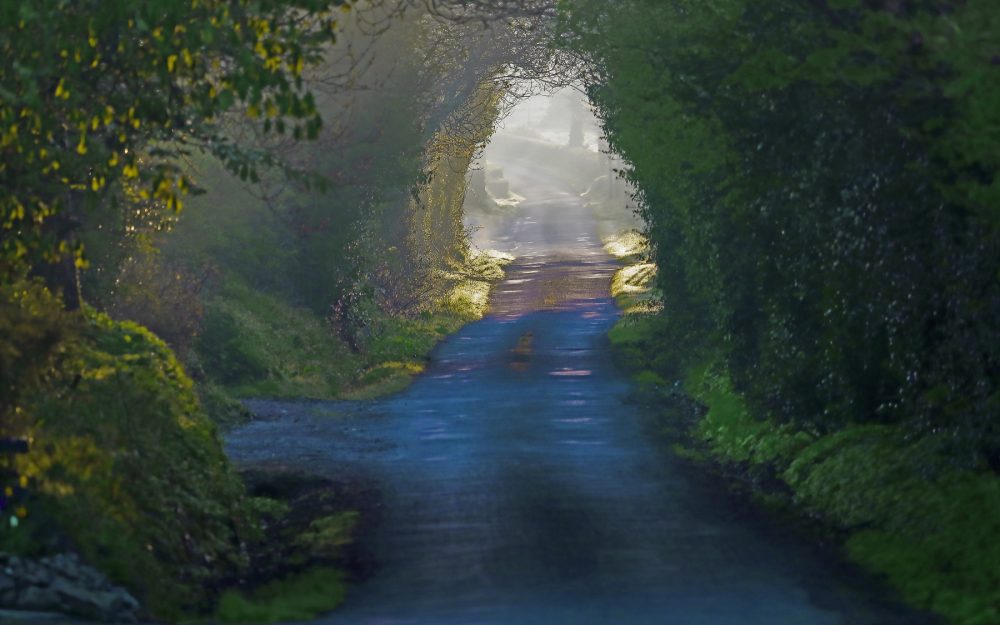 THE autumn/winter programme at Letterkenny’s Regional Cultural Centre continues with a host of events from photography exhibitions to ‘Hot Jazz’.

As a number of exhibitions come to a close, the RCC is delighted to welcome some fantastic musical acts and new exhibitions to the centre.

Last weekend Letterkenny welcomed a delegation from its new Twin Town, Rudolstadt, Thuringia in Germany to the town.

Check out the  ‘Twin Town – Rudolstadt’ photographic exhibition by Andreas Irmscher until October 20, to celebrate Letterkenny’s twinning and get a glimpse of the town and region our new friends come from. Admission FREE.

Well-known Donegal artist Paul Rooney latest exhibition, Inside Looking Out, is also still currently on exhibition at the RCC and will be display until October 27.

The Letterkenny artist’s work is in private collections in Ireland, Britain, France, Holland, Germany and the United States and in Irish public collections including Donegal County Council, Office of Public Works and Letterkenny Institute of Technology. Admission FREE. 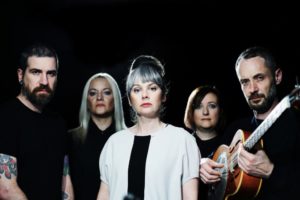 Their debut “From Here” (2015) was fRoots magazine Album of the Year and a MOJO Folk Album of the Year, with four BBC Folk Award nominations since their inception in 2013. Known for Kearey’s fierce, working-class delivery, this is culturally and politically switched on music, with the group being widely commended for their timely appraisal of English Folk, and their skill in telling stories through song that reconnect modern audiences to the past – drawing unexpected parallels between then and now.

Their second album ‘Follow Me True’ is released on 26th January 2018. The songs within examine rituals and cycles, our inherent power to change ourselves and the world around us, the past repeating itself, ghosts and death, land and place, thieves and beggars.
Pushing the boundaries of this music hard, with such energy and intensity, has brought connections with new, modern audiences, who can’t get enough of this vibrant band. Admission €15/€12. 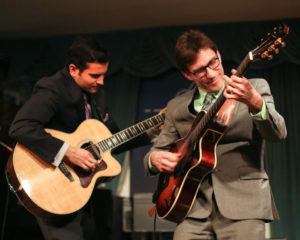 GUITAR STAR
On Friday, November 2 the RCC looks forward to welcoming one of the most extraordinary guitarists performing around the world today.

Frank Vignola, who will be bringing his Hot Jazz Guitar Trio to Letterkenny, has been described as one of the ‘brightest stars of the guitar today’.

His stunning virtuosity has made him the guitarist of choice for many of the world’s top musicians, including Ringo Starr, Madonna, Donald Fagen, Wynton Marsalis, Tommy Emmanuel, Mark O Connor, the Boston Pops, the New York Pops, and guitar legend Les Paul. Admission €15/€12.

CLASSICAL
The RCC is proud to have a long-standing relationship with Musik Network who bring another top class act to Donegal in November.

A true virtuoso – and an impassioned believer in making the violin ‘sing’, Yury Revich made his debut at Carnegie Hall in 2009 and since then has performed in many of the world’s most prestigious concert halls. Winner of multiple awards, including the Young Artist of the Year at the International Classical Music Awards in 2015, Revich is a dedicated chamber musician, collaborating with renowned artists such as Daniil Trifonov as well as founding Quatuor du Soleil.

One of Germany’s most acclaimed young cellists, Benedict Kloeckner has been lauded for his “glowing, ethereal tone” and “perfect intonation”.

In addition to performing as a soloist in venues such as Berlin’s Philharmoniker, the Barbican Centre and Carnegie Hall, Kloeckner is a much sought-after chamber musician, collaborating with such luminaries as Sir András Schiff, Anne Sophie Mutter, Gidon Kremer and Christoph Eschenbach. Admission €15/€12.