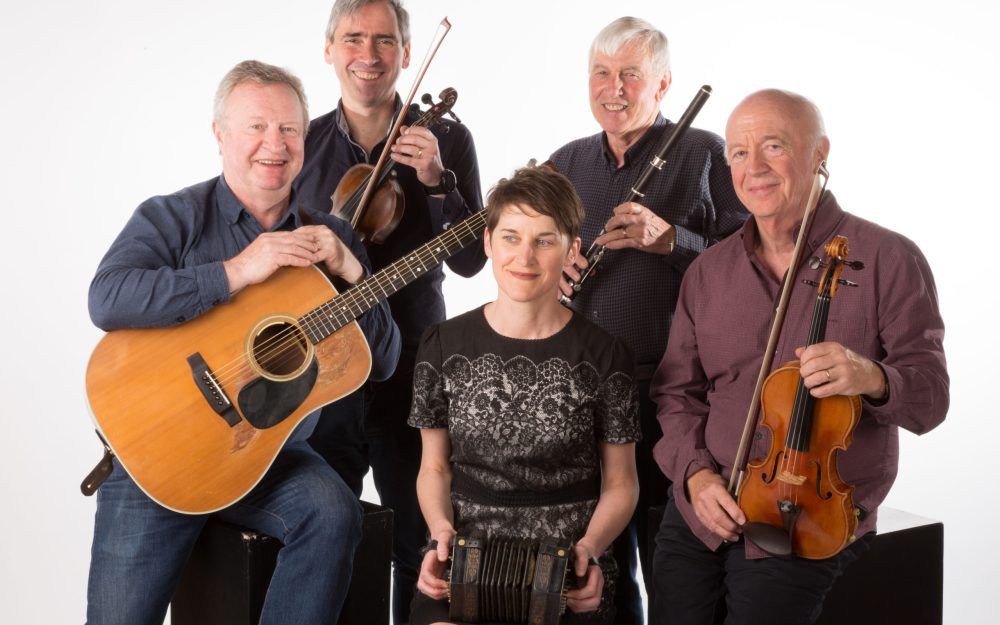 TRAD Week, which takes place from 19th to 26th January, welcomes a very exciting Irish harp and uilleann pipes duo to Letterkenny for 2020.

Tiarnán Ó Duinnchinn and Laoise Kelly will take to the stage at the Regional Cultural Centre on Wednesday, 22nd January with support from The Straddy Session.

Ó Duinnchinn and Kelly play two very identifiable instruments of Ireland. The image and sound of these two instruments are quintessentially Irish in many respects and are like echo chambers into the past.

The tunes On Ar Lorg Na Laochra, the collaboration album from the duo, amongst others, are tunes that come from between 17th to 19th centuries, mostly to be found in old manuscripts.

Kelly was a founding member of traditional group Bumblebees with whom she recorded two albums (1997, 1999) and toured extensively internationally.

Ó Duinnchinn is an award-winning uilleann piper from Monaghan who started playing when he was around nine years of age in The Armagh Pipers Club. He has been described by many as being one of the most influential pipers of his generation.

The colourful tapestry of music and song of Ireland’s northwest is at the heart of The Straddy Sessions, a new Donegal-based traditional ensemble making its first public appearance.

All highly-acclaimed individual musicians, the band originated in informal trad sessions in Letterkenny and Buncrana and in the friendships which developed through a love of playing tunes together.

Upcoming events for The Straddy Session in 2020 include concerts in Paris, Caen and Le Mans. Their eagerly-awaited appearance at Letterkenny Trad Week in January 2020 will be the first public performance of the new line-up.