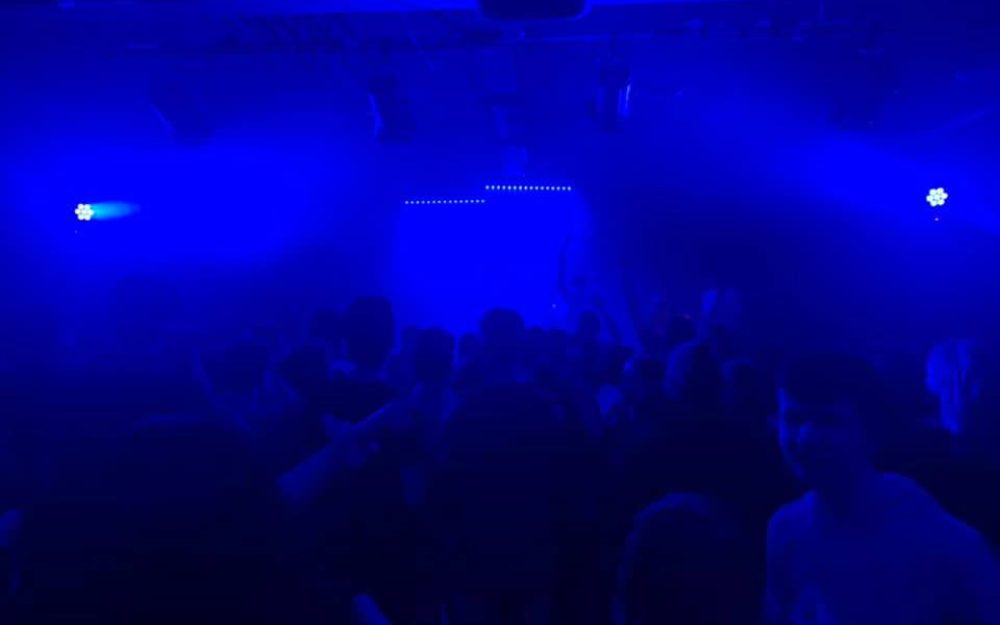 We were delighted to welcome local young music enthusiast and media student Megan Nyhan to the Regional Cultural Centre to review our showcase of local emerging alternative music at the launch of Sheerbuzz’s debut EP.

Sheerbuzz, Happy Out & Tank Engine, Live at the RCC Venue 2

“I would be wrong to claim that Saturday’s gig was just an EP launch. Yes, there was an EP and yes, it was the main reason that the gig was organized, but it was more of a showcase for displaying Donegal’s new rising talent. The bands in question were Sheerbuzz, Tank Engine and Happy Out, who all put on a mind-boggling experience that I can only described as Sheerbliss (excuse the pun).

The gig was held in the Regional Cultural Centre who’s hosted it’s fair share of highly successful Donegal acts, including singer songwriter Rosie Carney, over the years. With the 140 tickets sold- selling out the gig, local music lovers and friends and family of the bands gathered into the large room with anticipation before the first act came on stage. 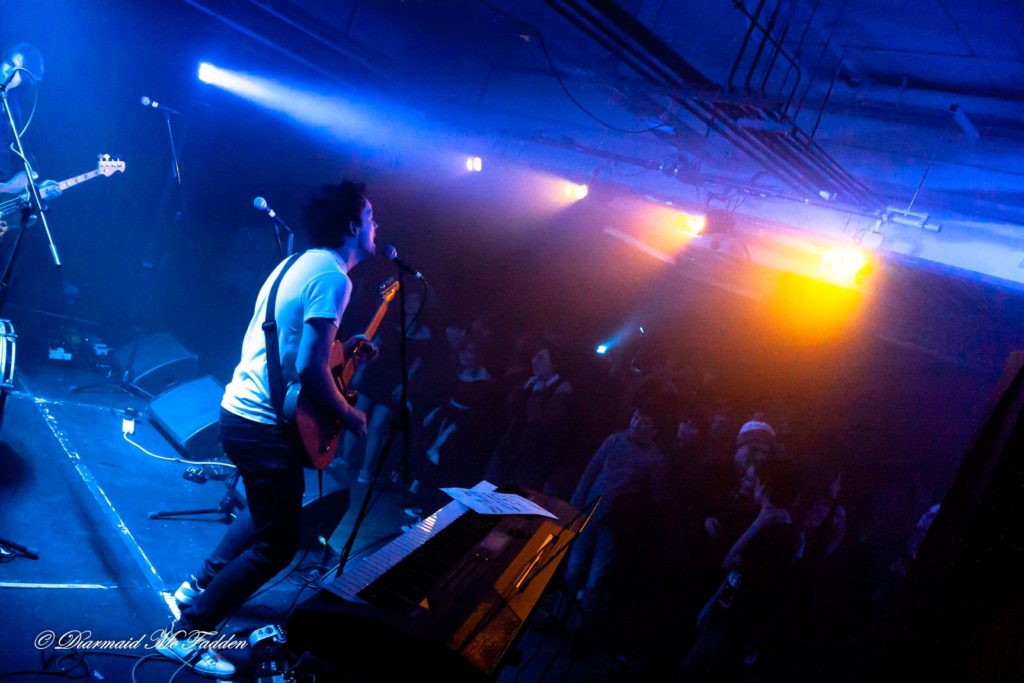 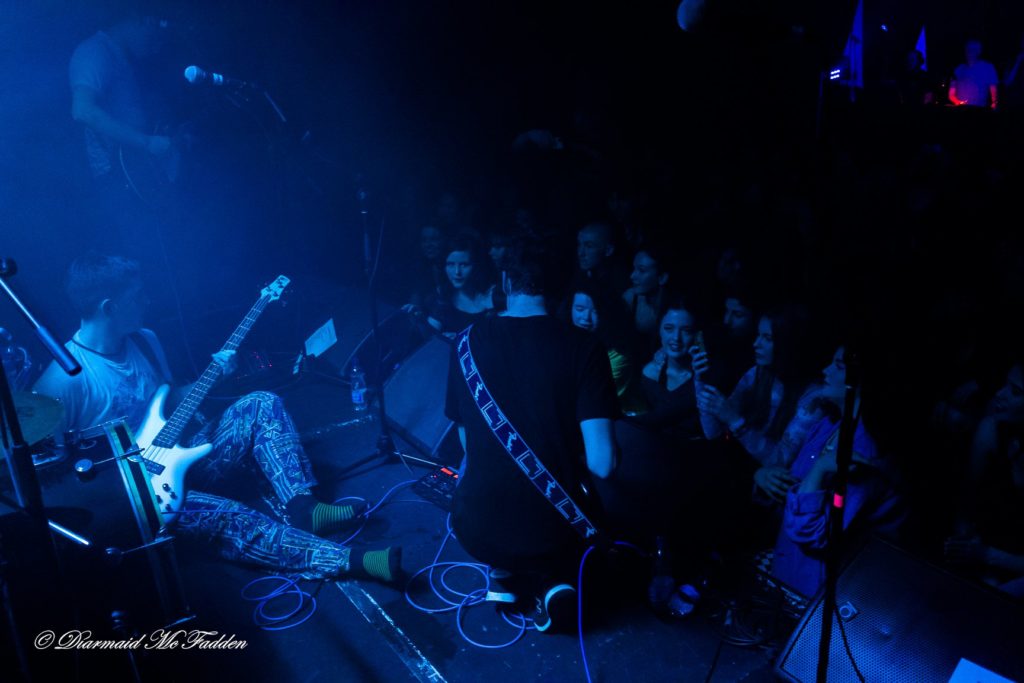 The lads, Rory Doherty, Lughán Devenney, Finn Devenny and Evan McGinty, who made up Tank Engine displayed all that a four piece brasshouse band (baritone, alto sax, trumpet and drums) can offer and more – playing a mix of different genres starting with ‘I feel good’ by the soulful James Brown. After riling up the crowd with classics like ‘Behroozi’ by Lucky Chops and ‘Warriors’ by Too Many Zooz which was an absolute phenomenal cover (and some questionable dance moves from Happy Out members Ciaran Coyle and Malcom Boyd), the lads went into the pop sensation ‘Problem’ by Ariana Grande. This cover sealed the deal for me. I even went as far as turning to Harry beside me to tell him that I would rather hear modern songs through them than a radio any day. I’ve been to a fair share or unusual gigs, but I have never heard brass instruments replace vocals so effectively before and the lack of vocals were the last thing that came to mind whilst seeing such talent in replacement. I was blown away.

After the bar was set high by Tank Engine, 3 piece Happy Out graced the stage in an enthusiastic manner starting right away with their original song ‘Deadhead’. With a forceful sound mixed with ascreaming bass by Malcom Boyd, scratchy vocals by Ciaran Coyle and a marching drum beat given by lee Russell they demanded your attention. Next came the Smashing Pumpkin’s ‘Cherub Rock’ and Nirvana’s ‘Breed’, from then the audience was almost transported to a dirty underground venue set in the middle of 1990’s Seattle. After a number of high paced classics/ originals and bad jokes they then flaunted their talents for slower songs like their own ‘Oh God No God’.  Their other originals included ‘SADGAD’ and ‘A(Void)’. However, the two songs that stood out for me was their cover of ‘Sabotage’ by the Beastie Boys song by a talented ginger Lochláinn Kelly from Buncrana and ‘Smells like Teen Spirit’ Nirvana’s anthem for the youth that challenges society, the same youth that Happy Out continues gives voice too. Although not overly serious characters their music demands the same respect as their themes of self-exploration and expression that is relatable to any teenager not just in their native Letterkenny but across the globe. 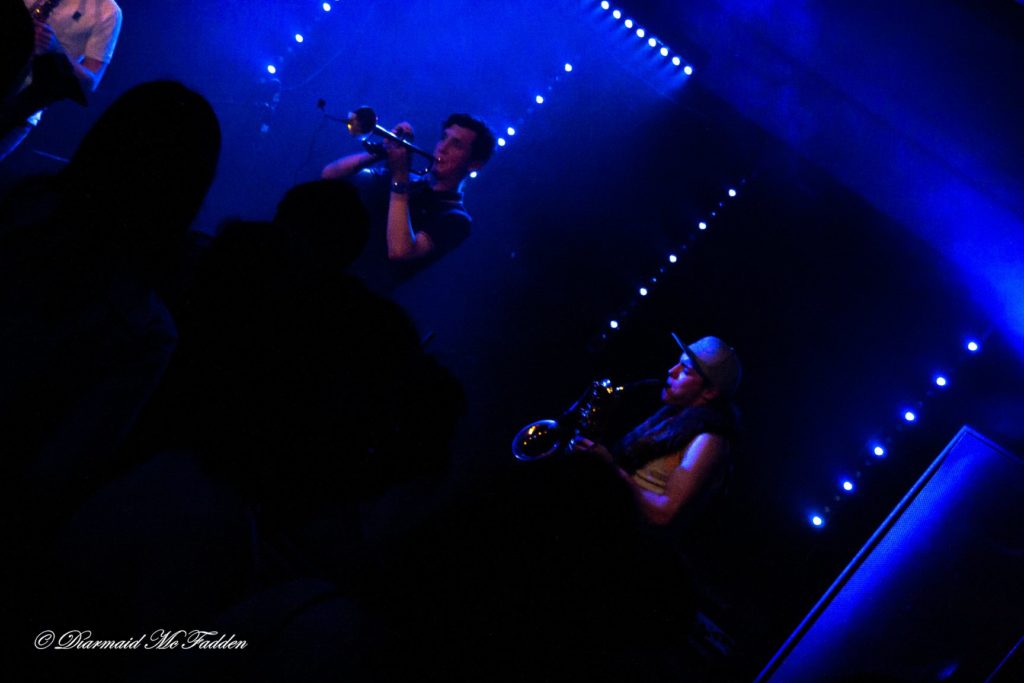 A few moments after their set, the brother of  Sheerbuzz Frontman Lachlann Ó Fionnáin (Dermot Ó Fionnáin) came on stage to announce the bands arrival to a hyper audience. Lachlann Ó Fionnáin, Evan Mc Ginty, Adam Grady and Lughan Devenny started their set with ‘Crazy in Name’- the first track from their new and promising EP “All or time and money”, mixed and mastered at Valley Music Studios, Ballybofey by Terry McGinty. ‘Crazy in Name’ was a bluesy indie fusion that was complimented by Lochlann’s Donegal accent which he was sure to pronounce. The ending of the song was highlighted by a dirty bass and drum combo that could be compared to Royal Blood, as it built to a heavy climax that the crowd adored. The next song (another original) was called “Darkside” which reminded me of Circa Waves before being fed into a dirty cover of ‘Good times bad times’ by Led Zeppelin. You could tell right away with the songs they covered who and where their influence comes from. Their tendencies to genre hop was directly represented by the rest of their originals which were ‘Snowballing’, ‘Rumble InTesco’ ‘Sleeping’ ‘Till I’m Old’ and ‘Jingle’, ‘Shnake’, ‘Disguise’ and my own personal favourite ‘Jet Black Lambo’- which was a 70s sounding heavy up-lifting beat. Their biggest hit to date – ‘Old Town River’- having 4,140 plays so far on Spotify was embraced by the audience as their own, (even giving the crowd a microphone to sing loud and proud). It was obvious to see the song had a somewhat anthem quality to the Donegal Locals. Other than the excellent originals, Sherrbuzz also battered out a number of covers like ‘Hey Ya!’ by OutKast’, ‘Foxy Lady’ by Hendrix, ‘Pacifier’ by Catfish and the Bottlemen and the grand finale ‘Chelsea Dagger’ by The Fratellis which left the crowd screaming for more.

Having spoken to the Sheerbuzz after the gig we both agreed that gigs should be a common place in Letterkenny’s busy town. When I asked about the scene in Letterkenny they explained “There really isn’t to be honest. There’s basically the disturbance gigs and every so often we do a gig”. If I was to take anything away from Saturday’s gig it is that there is some serious talent in Letterkenny and these three bands represent the future of music in the town.” 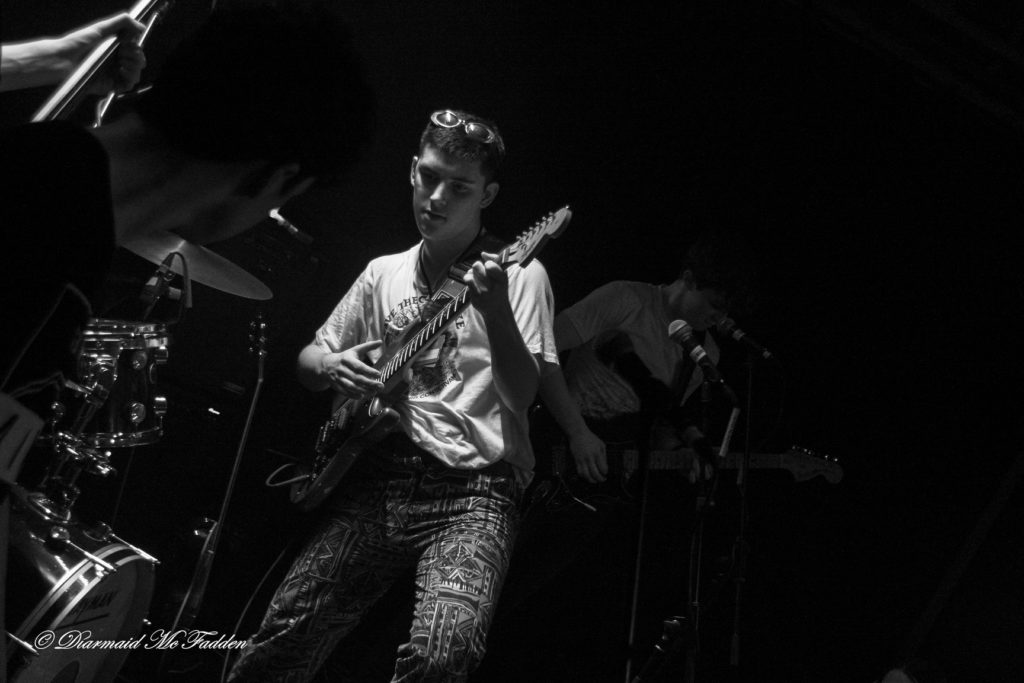 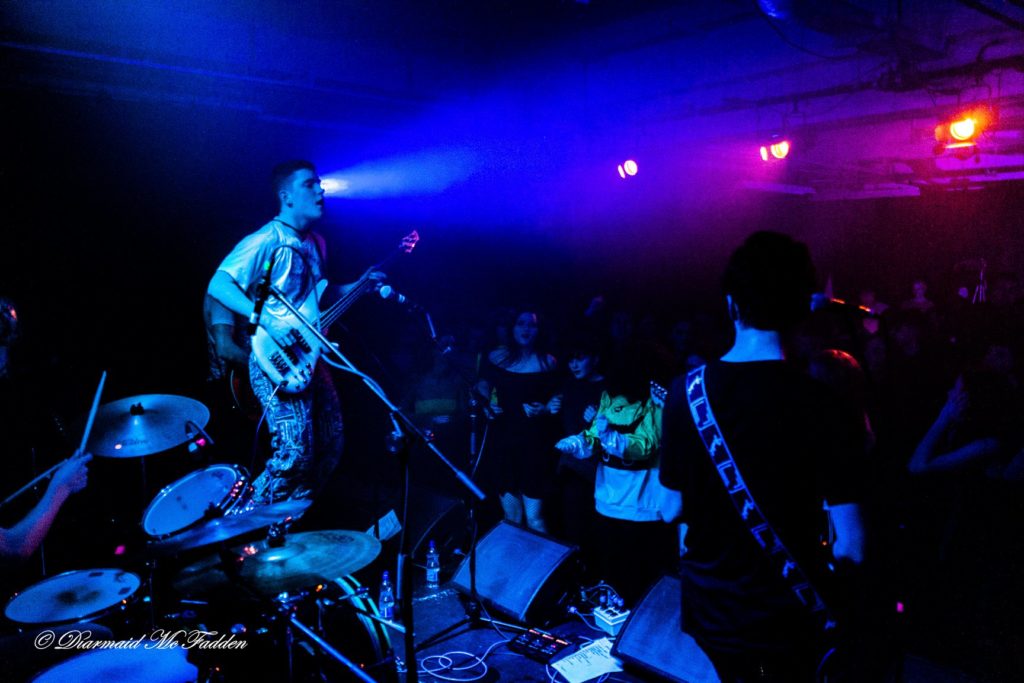