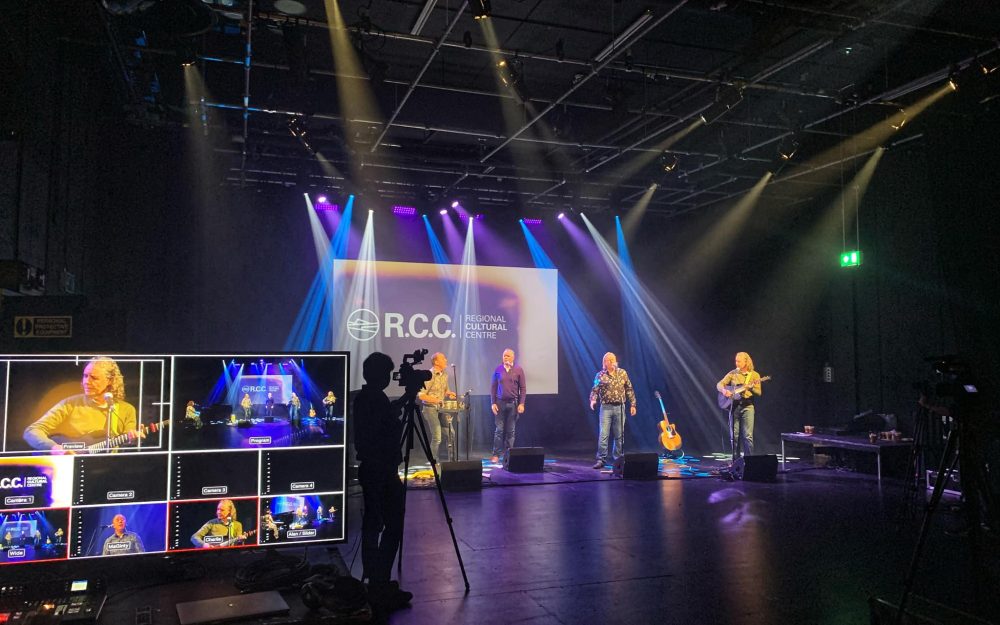 THE Regional Cultural Centre has lined up an extensive free programme of musical events to keep you entertained in the lead-up and over the Christmas holidays.

As the nation still awaits the return of live events, the RCC brings you plenty of top class acts from around the north-west right into your home.

The RCC kicks things up with another exclusive audio visual special by the Donegal/Derry-based improvised experimental music duo, People That Listen to the Sky on Saturday, 19th December, at 10pm.

On Monday, 21st December, the Donegal Music Education Partnership will present the a Christmas Concert: Moving in the Light, featuring music from students and tutors, from 6.30pm.

One of the pre-Christmas highlights, will be the return of well-known Highland Radio duo, Jimmy Stafford and Paul McDevitt, for a special broadcast.

The RCC Christmas Special with Jimmy and Paul on Wednesday, 23rd December at 6pm will feature a host of talent from across the North West.

The musical festivities continue on St Stephen’s Day, 26th December, when the RCC is proud to present the online album launch of father and daughter duo, Ted & Sarah Ponsonby, at 6pm to mark the launch of their album, Brakin’ Trad.

While we won’t be gathering to dance the night away over the Christmas holidays, you can do so virtually with two live streamed online DJ sets from the RCC by DJ Dano, Holmes Price and Brendie at All My Friends on Sunday, 27th December 10pm and the favourite, PK & Marty’s Annual Ska, Punk & New Wave Disco on Monday, 28th December from 9pm.

The RCC is excited to present two very special online concerts before the new year, with popular duo Blackbird & Crow making their first appearance with the centre presenting their Celtic folk blues with a punk attitude on Tuesday, 29th December (8pm), and the mighty Clann Mhic Ruairí making a welcome return on Wednesday, 30th December (8pm).

Bringing the year to a close, the RCC will be delighted to present critically-acclaimed Derry indie band, PORTS on New Year’s Eve at 6pm.

View the full line-up below, click through on any events that interest and be sure to mark them in your diary. Follow the RCC on social media for updates and why not sign up to the RCC Newsletter for news on big events. CLICK HERE

The RCC would like to take this opportunity to thank the community for its continued support and wish you all a Merry Christmas & Happy New Year.