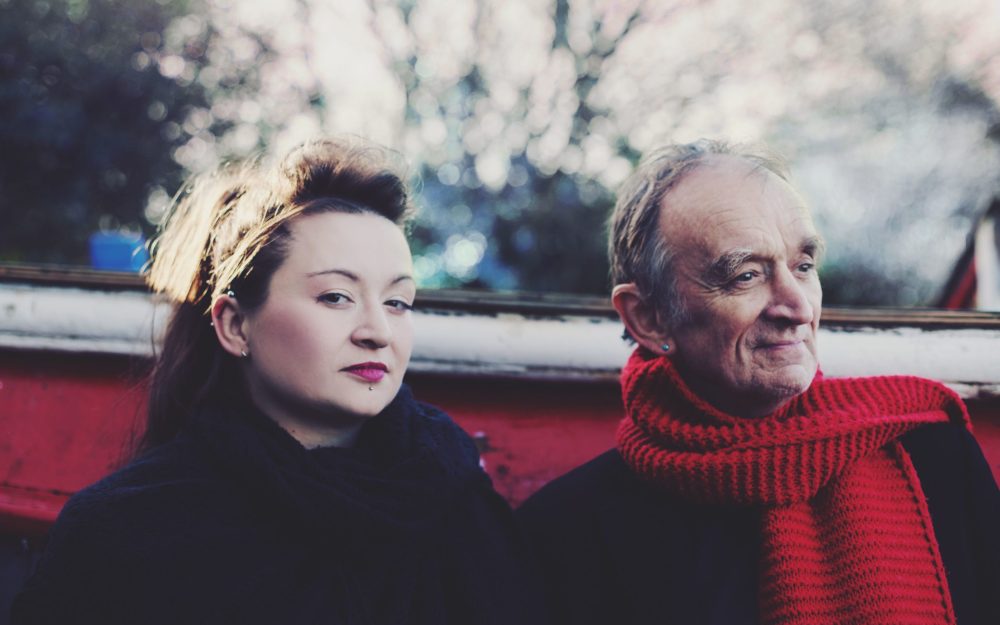 Following the success of Letterkenny Trad Week in January the Regional Cultural Centre is presenting four great concerts in a wide range of musical styles in March. It kicks off with a return visit to Donegal by the legendary singer and guitarist Martin Carthy and his multi award-winning daughter Eliza, on Thursday March 1st. MOBO award-winners Sons of Kemet, a rambunctious double-drumming quartet, play a fully standing gig the RCC on Thursday March 8th. There is a solo recital by acclaimed Russian pianist Anna Tsybuleva, winner of the prestigious Leeds International Piano Competition, on Sunday March 11th. The highly regarded Cork five-piece Altered Hours perform their black-clad noise pop in a standing gig on Friday March 30th. All concerts commence at 8pm, tickets can be booked at An Grianan Theatre Box Office on 00353749120777 or online at regionalculturalcentre.com.

The good Doctor Martin Carthy and his multi-award winning daughter Eliza, join forces to perform songs from their highly acclaimed duo album ‘The Elephant’, released on Topic Records in 2014. Martin is a legendary singer and guitarist who has influenced a generations of artists, including Bob Dylan and Paul Simon, while Eliza has been twice-nominated for the Mercury Music Prize and a multiple-award winner at the BBC Radio Two Folk awards.

For more than 50 years Martin Carthy has been one of folk music’s greatest innovators, one of its best loved, most enthusiastic and, at times, most quietly controversial of figures. His skill, stage presence and natural charm have won him many admirers, not only from within the folk scene, but also far beyond it. Trailblazing musical partnerships with, amongst others, Steeleye Span, Dave Swarbrick and his wife Norma Waterson and daughter Eliza Carthy have resulted in more than 40 albums. He’s a singer, a ground-breaking acoustic and electric-guitarist and an authoritative interpreter of newly composed material. He always prefers to follow an insatiable musical curiosity rather than cash in on his unrivalled position. Perhaps, most significant of all, are his settings of traditional songs with guitar, which have influenced a generation of artists, on both sides of the Atlantic.

MOBO award-winners Sons of Kemet is a rambunctious double-drumming quartet led by saxophonist/clarinettist Shabaka Hutchings, creating a revolutionary mix of jazz, rock, dub and Caribbean folk. Hutchings draws on a motley collection of influences, bringing links to early Caribbean and Rastafarian music, Afrobeat rhythms and funky New Orleans brass into play. This intriguing melting pot is fuelled by the voracious beats of the two drummers Tom Skinner and Eddie Hick, overlaid with Theon Cross’s versatile tuba playing, which lends both bass and melody to the tracks. This is jazz, but perhaps not as you know it. It’s fresh, accessible and loaded with cultural capital…and you will dance. The Guardian said they were “One of the hippest new UK bands… almost certain to dominate the ‘best of’ lists at the end of the year”. The Quietus described them as “Rasta rhythms, Middle-East and West-African melodies and straight-up rock Energy to ignite a dance floor” and BBC 6 Music’s Gilles Peterson said “I strongly urge you to go and see this band live”

Brace yourself for an edge-of-the-seat performance from the extraordinary Russian pianist Anna Tsybuleva, at the RCC on Sunday March 11th as part of a Music Network Irish tour. Winner of the prestigious Leeds International Piano Competition in 2015, she has astounded audiences and critics alike with her daring and bravura-filled interpretations of classic works. She will perform a programme featuring a selection of Chopin’s finest nocturnes and mazurkas, a set of Tchaikovsky’s character pieces, “The Seasons”, and a new work by Irish composer Siobhán Cleary.

The Altered Hours exist in a swirl of the psychedelic and hypnotic. Their live shows are known for their intensity and the band’s ability to envelope both themselves and the crowd in their sound. The five-piece take the black-clad noise pop of The Jesus and Mary Chain and add an element of the gothic, with debut album ‘In Heat Not Sorry’ winning fans across Europe. New EP ‘On My Tongue’ on Art For Blind Records is a clear demonstration of the band’s advancement. Anyone fortunate enough to witness the Hours previous two gigs at the RCC or at this year’s Swell, will need no convincing. Clash Magazine described them as “Concise, intense, and impossible to ignore”.