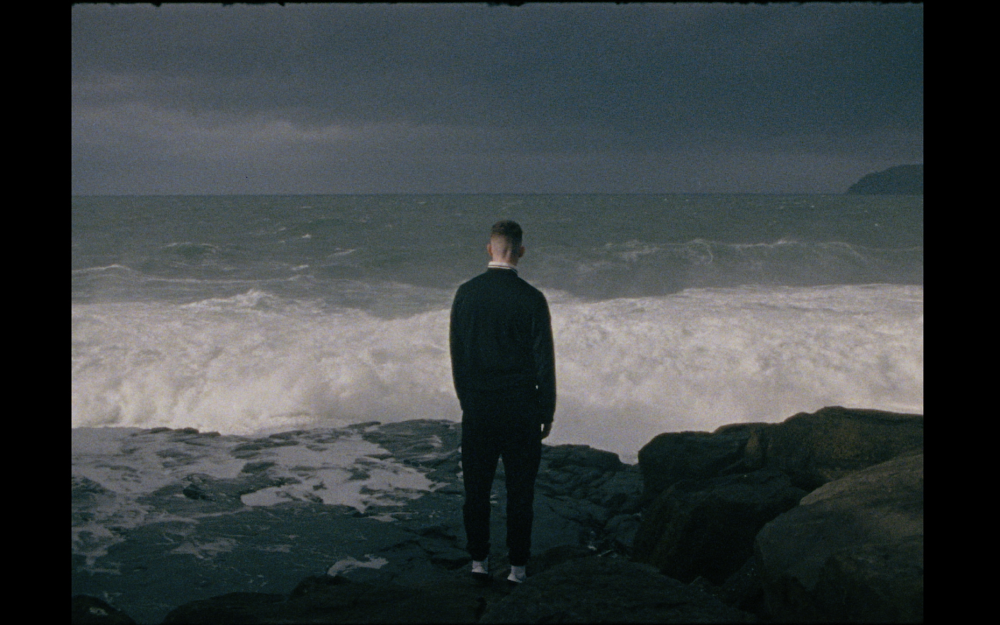 During RCC opening hours.
How To Book

County Donegal has a thriving landscape of contemporary filmmakers. The RCC and Donegal Film Office have curated a selection of recent short films made by promising early-career directors in the North West.

Come and relax in our converted Gallery 2 cinema space and enjoy an afternoon of eclectic movies.

James Doherty is a filmmaker and visual artist working primarily in drama, with a particular focus on intense stories of troubled characters on the fringes of society. His debut short film BREATHE won awards internationally and was showcased by the BFI and British Council.

Neon & Argon is a film about how traditional masculinity can leave men unequipped to deal with expressing our needs. My early working life on building sites in Donegal was filled with characters like this; grunting, cursing and threats commonplace. Guidance or an encouraging word, not so much. In a neon workshop one man struggles to find his path and another man is isolated, having not passed on the torch. It asks, will they be able to see they can be useful forces in each other’s lives?

A DEATH IN THE FAMILY
DIRECTED BY KATE HALEY

Kate Haley is a writer/director from Co. Donegal, Ireland. Her film credits include writing and directing the short films ‘Risk’ (2017), ‘A Park Bench’ (2017) and more recently ‘A Death in the Family’ (2020) which was shortlisted for Screen Ireland’s Short Film Programme. Her shorts have screened throughout Ireland as well as internationally. ‘A Death in the Family’ was selected to take part in the CIACLA Irish Short Reels Series (2021), premiered at the Austin Film Festival (2021), won Best Irish Short at the Disappear Here Film Festival (2020) and was nominated for Best Cinematography at The Richard Harris International Film Festival (2020). Kate is one of 40 recipients of the prestigious Fulbright Award (2022).

A family sits down to dinner after the tragic death of someone they hold close to their hearts. What starts o  as a sweet act of remembrance soon reveals something much more sinister lying beneath the surface. As each family member takes it upon themselves to say what ought to be said the truth isn’t exactly what everyone expects. This dinner offers them a chance to let go, a chance to say goodbye and a chance to be forgiven. Although as they learn over the course of the meal some things are much harder to swallow.

Charlie Joe Doherty is a lens-based artist and filmmaker from County Donegal. He was commissioned by the Regional Cultural Centre to make his debut narrative short film ‘This Year’s Lull’ in collaboration with musician and composer Elaine Howley.

Faced with pending loss and the disparate realities of rural living in Donegal – this short film explores the dejection of a ‘boyracer’ as he navigates his mourning and his own sense of belonging in a coastal abyss.

Ara Devine is an artist, filmmaker and PhD researcher at the Belfast School of Art, Ulster University. In 2017 his video installation ‘The Irish Question’ was shortlisted for the RDS Visual Art Awards. ‘Turf’ is his first narrative short film. It was awarded special recognition for Debut Irish Short Film at Foyle Film Festival and won Best Short Fiction at Louth International Film Festival, as well as festival screenings in the UK, Ireland and internationally.

Following a chance meeting, Niall, a weary Derryman, invites Hamed, a wary Syrian asylum seeker, to join him on a trip to a bog west of the border to cut a load of turf. They form a touching and spontaneous friendship and yet their bond is soon complicated by forces beyond their control, as Hamed’s precarious status as a refugee makes this pleasant journey a serious risk. Finely acted by Micheál McDaid and Fayez Bakhsh and directed with subtle attention to detail by Ara Devine, Turf is a simple but powerful tale about the effect of political borders and barriers on human beings.

Mullan was recently in collaboration with Werner Herzog and La Selva on the project Film Accelerator 2021. In October 2021, Mullan travelled to Lanzarote with Werner and 40 other filmmakers to embark on a 14-day film expedition. Under Werner’s guidance, Mullan produced a short titled ‘Hormigas y Amigas’ and has just begun its festival life.